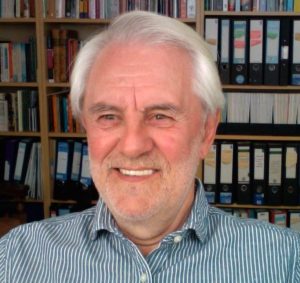 Zoologist, Information Engineer, quality award assessor, business systems strategist, process transformer, company director and latterly genealogist, practicing professionally in a limited way.  Ian is a tutor for the University of Strathclyde’s online post-graduate genealogy courses and chronicler of the Mewburn family.  His genealogical interests span eastern Scotland, much of England, Poland, Canada, Australia and anywhere else that seems of interest.  He publishes fairly widely and has been fortunate to win awards for it, including Aberdeen’s Bruce Henderson Award that led to the publication ofThe Alexanders of Bourtie, 1696-1886 – a gripping read.  Ian is Chairman of the Register of Qualified Genealogists and Deputy Editor for the newly launched The Journal of Genealogy and Family History.  He has a particular interest in seeing standards of genealogical practice being improved.

Yeomen to shipwrights, sailors and owners – Mewburns and the sea

The Mewburns are a family largely of the ‘middling sort’.  They are from the north east – Cleveland, County Durham and occasionally Northumberland.  A fairly complete genealogical study has been made of them and of their transformation from yeomen farmers in the 16th and 17th centuries to more professional folk in the 18th and 19th.  However a major branch became boatbuilders while various others, perhaps influenced by living around the Tees, Wear and Tyne, were lured by the sea or into business to profit from the sea.  This talk looks at a near-complete one-name study (well probably not) and the marine related sources that have helped to illuminate a few corners of it.

THIS IS A DEFAULT WIDGET WHICH SHOULD NOT DISPLAY. DO NOT DELETE THIS.