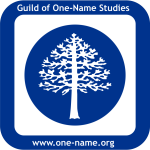 Kingshott is an unusual surname. There aren't a whole lot of us around, but we have spread around the world. Unusually, perhaps, the Kingshott one-name study also documents a single family so it is directly related to the more widely recognised genealogical pursuits.

I started researching the Kingshott family in 1991 after coming across someone with the same surname as me, when I was working in Australia. I was intrigued as I had never met another Kingshott who was outside of my immediate family. I therefore set out on a quest, which continues to this day, searching for the links between the different branches of the family and wondering if we were all related.

In time, as technology increased and information and contact became quicker and easier, I expanded my search to other branches of the Kingshott. Now, it has become an obsession.

If you have a Kingshott in your family, then there is no doubt that they will link in with me, and I would like to hear from you.

The family did not always have the Kingshott surname. There are many variations on the spelling, even through the 19th century when general literacy levels increased greatly, however the earlier spellings were all variants of Kingett. Quite how you get Kingshott from Kingett is not easily explained, but I have several examples from various old documents where families who were recorded formally as Kingett were actually signing their name Kingshott (or variations thereof). Similarly, I have instances of Kingshott's signing their name Kingett.

In previous centuries literacy among the poorer classes was almost non-existant. To read or write for the rural population did not lead to food being placed on their tables. It was not essential, so, for the most part, the poor working classes did not learn to do so.

The Kingshott's were almost exclusively agricultural labourers. There were a few farmers in there, some shoemakers and so on, but almost all were poor. The only literate people in regular contact with these families were the local clergy. So, at important events like baptisms, marriages and burials, the names of those involved were spoken to the clergy who had no option but to write the names down phonetically. This is why there are so many spelling variations found throughout the parish registers, and even with children of the same family!

An example of this is the family of William & Dinah Kingshott of Petworth. They were married, under the name of Kingshott at Wisborough Green, Sussex, on 11th June 1816. They had ten children and the spellings of the surname in order of their bapism were:-
William Kinshot, James Kinchet, Charles Kinchett, Lucy Kinchett, Eliza Kinchett, Jane Kingshot, Henry Kingshott, George Kingshott and Elizabeth & Ellen Kinchett.

This sort of pattern is repeated throughout the various other branches of the Kingshott family and provides irrefutable proof of the links between various surname derivations. I have also proven this through DNA studies too.

The Kingshott family are centered around the borders of Hampshire, Surrey and Sussex but have spread worldwide from there. There are significant branches in Australia, Canada and the USA.

I have collected information on Kingshott's (and derivatives) from every available source that I could find. Where Kingshott's crop up, I will obtain that information and link it in to the family.

I have had my Y-DNA analysed via Ancestry.com and it is available online to be compared to others who may wish to submit to this test. Essentially my DNA is haplogroup l1, which has a Scandanavian, or at the very least far north European origin.

My personal Kingshott website, containing a wealth of information on the family worldwide, can be found here Kingshott Genealogy Website

Occurrences of the surname Kingshott in the Guild Indexes
(Click on the number to view the search results in each index. Indexes marked by * are only accessible by logged in Guild members.)